A New Framework for Global Prosperity – Universal House of Justice

In this submission to the 2006 Commission on Social Development on the review of the First United Nations Decade for the Eradication of Poverty, the Bahá’í International Community reflects on the purpose of development—contributing to the foundation for a new social and international order, capable of creating and sustaining conditions in which human beings can advance morally, culturally, and intellectually.

Any definition of poverty and course for its elimination is shaped by prevailing notions about the nature and purpose of the development process. The combined efforts of the United Nations and civil society have significantly expanded the understanding of poverty and development. The recognition of the interrelatedness of development, human rights, and human security; the increased awareness of the interactions between the market and the legal, social, cultural and physical environment in which it operates1 ; the acknowledgement of human well-being as the goal of development; efforts to introduce more equity into systems of global trade and finance; and the emphasis on human solidarity as the basis for sustainable development – these have generated a worldwide momentum in the drive to find enduring solutions to the scourge of poverty.
Despite these advances, however, the underlying materialistic assumptions driving poverty eradication efforts remain virtually unchallenged: it is generally accepted that an increase in material resources will eradicate this condition from human life. The Millennium Development Goals, while effective in catalyzing poverty alleviation efforts, have also framed development primarily in terms of the improvement of material conditions.2 Yet the most persistent ills obstructing the peaceful development of peoples and nations – the marginalization of girls and women, failing states, the lack of political freedoms, the spread of HIV/AIDS, the proliferation of weapons and violent conflict, inter-ethnic and racial tensions, religious intolerance and extremism, lawlessness and growing unemployment – cannot be alleviated by material means alone. These social ills evidence a different kind of poverty – one rooted in the values and attitudes that shape relationships between individuals, communities, and nations as well as between the governors and the governed.

The Bahá’í International Community views the purpose of development as contributing to the foundation for a new social and international order, capable of creating and sustaining conditions in which human beings can advance morally, culturally, and intellectually3. This purpose is rooted in the understanding that the transformation of society will involve profound changes in the individual as well as the deliberate and systematic re-creation of social structures. From this perspective, poverty can be defined as the absence of resources – physical, social, and ethical – necessary for the establishment of conditions, which promote the moral, material, and creative capacities of individuals, communities, and institutions. Guided by this definition and the belief in the inherent goodness and
essential spiritual nature of every human being, we submit the following recommendations to the United Nations on the occasion of its review of the United Nations Decade for the Eradication of Poverty.

Overcome the limitations of particularistic mindsets

The eradication of poverty will require a fundamental paradigm shift on the part of nations and individuals. Our particularistic frames of reference – defined by ethnic or religious community, nation, ‘North’ and ‘South,’ ‘developed’ and ‘developing,’ or regional alliances – must gradually give way to an emerging sense of global solidarity and responsibility. Facilitated by efforts to integrate human rights into development and security frameworks, initiatives to create more just systems of trade and finance, evolving concepts of sovereignty, a growing body of international law, and a dramatic increase in travel and communication technology, such a shift is already well underway. We must now strive to enlarge our notions of responsibility and citizenship until we come to understand the struggles and progress of other peoples and nations as our own. Such a paradigm shift represents a practical response to the recognition that peace and prosperity are indivisible and that no sustainable benefit can be conferred on a nation or community if the welfare of the nations as a whole is ignored or neglected.

Often the target populations of poverty eradication projects are perceived as
masses of undernourished people, overwhelmed by their circumstances and
needs rather than capable agents of change in their communities. The challenge
for development efforts is to find methods that allow individuals and
communities to solve their own problems; the ability of a community to take on
more complex social issues is a key indicator of progress. One of the essential
skills involved is that of group decision-making – bringing together diverse views,
searching for the best solution, and generating commitment and solidarity to
carry the decision through.
Implement gender-based budgeting
Many studies confirm that female poverty cannot be conceptualized the same
way as male poverty, given that women’s social and cultural roles and their
relationship to systems of power and authority differ from those of men.4 These
differences, however, are rarely reflected in official poverty statistics and,
consequently, do not inform resource allocation at local, national, and regional
levels.5 In order for governments to fulfill their commitments to gender equality,
public expenditures must include a gender analysis – involving women in budget
decision-making and assessing the impact of fiscal measures on the status of
women in the community.
As women hold approximately 15% of elected parliamentary seats globally, the
power to legislate and effect change at the national and global levels rests
primarily with men. It is equally their responsibility to push for the unconditional
ratification of the Convention for the Elimination of All Forms of Discrimination
Against Women by member states and to put in place accountability mechanisms
when commitments are not followed through. The extension of opportunities to
women and the emergence of new forms of partnership between men and
women have the potential to revolutionize every institution of society from the
family to the government – creating the very conditions that make progress and
prosperity possible.

Create rural centers of technology training and research
While the adoption of new technologies is integral to development, too often –
under the guise of ‘modernization’– these have been inappropriate to the culture
and community into which they were introduced. Alongside Millennium
Development Goals calling for the sharing of information and communication
technologies, equally important is the creation of local institutions, such as rural
centers of technology training and research, constructively blending modern
scientific methods with indigenous practices and thereby directly engaging local
populations in the generation and implementation of new ideas. True
development consists of the creation of indigenous capacity to participate in the
generation of technologies for the benefit of the broader community.
Expand development indicators to assess ethical and moral capacities
The measures and indicators used to assess poverty and human development,
such as the Gross National Product and the Human Development Index, largely
determine what is valued and, as such, shape development policy and priorities.
The progress of communities and nations requires not only material inputs and
legal measures to secure order, but the development of moral capabilities to
govern behavior and decision-making by individuals and institutions.
In an effort to advance the methods for assessing development at the community
level from a moral perspective, the Bahá’í International Community has proposed
the following set of principles as a basis for the construction of ethically-based
development indicators: unity in diversity (the extent to which all members of a
community are integrated into community life); equity and justice (to ensure that
opportunity and access to material and social resources are fairly distributed);
gender equality; trustworthiness; and freedom of thought, conscience and
belief.6 These principles could be applied in the areas of economic development,
education, environmental stewardship, and governance, for example, to generate
development goals and construct new indicators to measure progress towards
these goals.
Eliminate extremes of wealth
Extremes of poverty are linked to extremes of wealth. Given the
interconnectedness of the global economic system, one extreme cannot be
abolished while the other is allowed to exist. In this regard, efforts to eradicate poverty must include an earnest re-evaluation of global systems and processes –
including governance, trade, and the private transactions – that perpetuate the
growing extremes of wealth and poverty. Greater corporate accountability should
not be restricted to the environment and labor standards but also take into
account the full panoply of human rights. The legitimacy and social benefit of
one’s material resources depend on the means by which they are acquired and
the end to which they are used.
While the Millennium Development Goals have focused the world’s development
agenda for the next ten years, the United Nations must not limit its attention to
this relatively short span of time – which confines it to a primarily reactive mode.
Alongside short-term goals, the United Nations, with academia and civil society,
needs to consider longer-term scenarios and desired outcomes. Such an
orientation would allow it to examine a wider range of policy and programmatic
options and to cultivate a diversity of intellectual contributions, thereby enriching
the visioning process. Let us not be content with minimum standards, narrow
material goals, and compromise positions but rather cast a vision of prosperity
that can inspire the masses of humanity to work towards its realization in a
deliberate act of global solidarity. 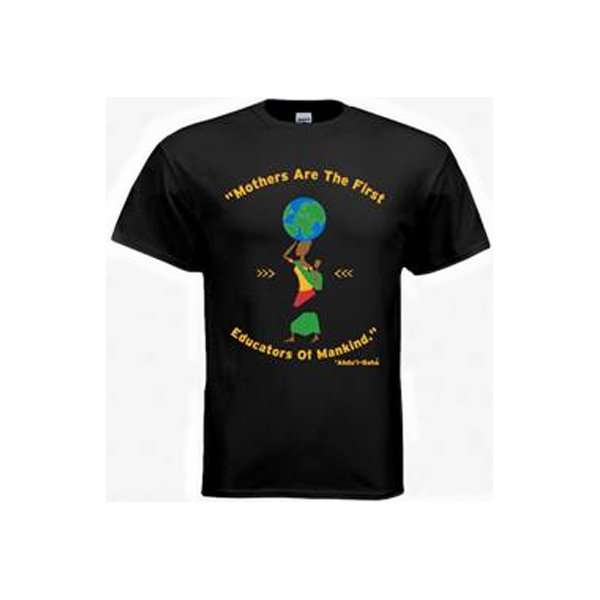 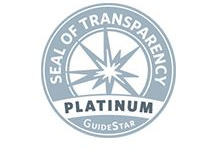